Commit to Resolution and Reconciliation 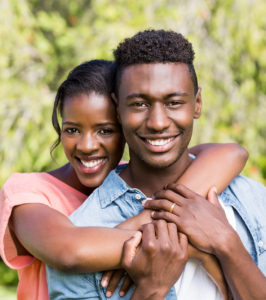 Commit to resolution and reconciliation leads to a healthy marriage. The process of reconciliation occurs when both parties are willing to listen.  The act of listening is a process that requires thoughtfulness.  Subsequently, it becomes a conscious state of being truly engaged in what the other party has to say.  Both spouse are  to commit to being respectful and understand that there are two sides to every story, two sets of feelings that need to be understood.  And two broken hearts that need to be healed.

“Two sides to every story

Two sets of feelings that need to be understood,

and two broken hearts that need to be healed”

Resolve to Hold No Grudges

Begin the process by resolving to hold no grudge, Proverbs 17:9 says, “love prospers when a fault is forgiven, but dwelling on it separates close friends”. The next step is to reconcile those differences by following the example of the Lord, where the Psalmist reminds us that “As far as the east is from the west, so far has he removed our transgressions from us”. Reconcile by putting aside the feelings that brought the animosity in the first place.

As a reminder, follow these simple Do’s and Don’ts’

In numerous surveys on marriage conflicts, 35 percent of respondents say monies are the main issues they argue about. Further studies show that conflicts around monies are usually more pervasive, problematic and remain unresolved. The second ranking issue are those relating to the children.  But, there are a number of  reasons to believe that what couples argue about are not as important as how they argue.

“There are numerous reasons to believe that what couples

argue about, are not as important as, how they argue”

As a parting gift, let me remind you of Ephesians 4:32 to “Be kind to one another, tender hearted, forgiving each other, just as God in Christ also has forgiven you.”

Hi, I’m Beverly V., A Certified Marriage Coach with a passion to help couples with relationship skills.  That’s because I have experienced a personal journey myself.  I get it!  If you’re having trouble keeping your marriage on track, let’s talk. A free consultation is available to you.

Schedule time with me today!